The Effects of Social Media Engagement on Your Feed 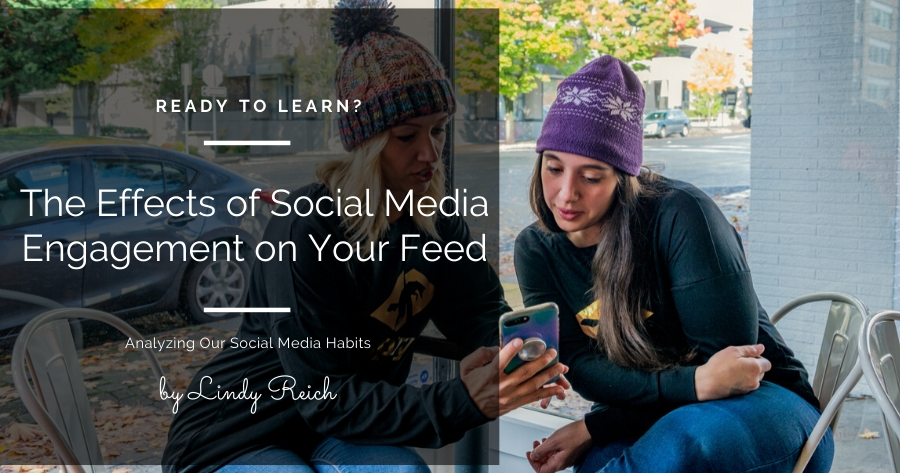 When I first started using social media, I found that the number of likes or the quality of comments significantly impacted the way I felt about what I had shared and I would check back to see if more people had engaged with my content. No matter how much engagement my posts had gotten I never felt like it was enough.

I didn’t like how this made me feel or my obsessiveness over it. So, I decided to make a full swing in the other direction. I refused to really look at or care how many likes I received and only commented back to people that made comments that I felt warranted a response or would have elicited a response in a face to face conversation. This also translated into me not engaging with other people’s content. My thought process behind my personal posts became more like a blog. I was putting out information that had been meaningful to me and I would have shared with someone while we were hanging out, but not looking for engagement.

Fast forward a few years and I get a job working with a social media management company. One thing that I love about working at Spry is that everyone works at being aware of themselves and growing in areas they feel are lacking. This process of self-reflection and learning drove me to look at my own personal social media habits and evaluate whether they were having the desired effect. Does my lack of engagement benefit me or am I missing the whole point of social media? One good side effect, I assumed, from my lack of engagement, was that I saw lots of people’s content in my news feed and I was afraid that would change if I started liking and commenting more. So I decided to do a little experiment.

The number of people that populated in my feed was 40 people after a couple of minutes scrolling on a laptop with more people continuing to pop up. Only two accounts had second posts that populated. Then I opened Facebook on my phone, and I had posts populating from even more accounts.

The more content I interact with the fewer people I will see in my feed.

I would sometimes forget while I was scrolling that I was supposed to be engaging and then I would scroll back up to the posts I had connected with and wanted more of to like or comment on. It was tough to break the habit I had built of just scrolling through.

After a week and a half of being a more engaged Facebook user, and trying to utilize the hierarchy of engagement, I found a small shift in my newsfeed towards content that I cared more about. I was still seeing 40+ profiles quickly on my laptop feed and even more unique profiles and content populated when I opened the app on my phone. I did have more repeat people populate, but perhaps they are people that simply post more. What I noticed the most was the way I felt about my time on Facebook and how I used it.

Instead of semi mindlessly scrolling I found I spent less time per sitting using Facebook. However, the time I was spending felt more meaningful and purposeful. It required more active brain space because I wasn’t just consuming media, I was engaging with it. I felt like I was participating in a more conversational way and felt more connected to the people and content I saw.

I feel as though I used Facebook a bit less than I normally do, and I wonder if my results would have been different had I used it more or had my testing period been longer. Would I have seen a larger shift in post content or number of unique profiles populated in my feed? Would I have seen a difference in my emotional response to the content I was seeing?

I am not a consistent poster. I will post four or five times over a couple of days and then nothing for a few weeks to over a month. During the implementation phase of my experiment, I found myself more drawn towards posting little thoughts or pictures. I also found myself desiring to share events and content for organizations that I truly cared about. I didn’t realize that answering one of those question cards would automatically post it to my feed. I was blown away by how many people commented with their answers on my post and the variety of people. People that I haven’t had contact with in a long while, but some that I had liked their post during the previous week. Perhaps my content was getting more engagement because I had engaged in more content, so the algorithms showed my post to more people.

As I continue with my thoughtful engagement, I will update you if I see any significant changes. Do you have any suggestions on how I can tweak my experiment as I continue? Should I have used a different method to test my engagement’s effectiveness? We would love to hear your comments!

If you found this interesting or want to give us feedback, consider joining SprySpace – the Facebook group where social media managers go for education, support, and virtual giggling.