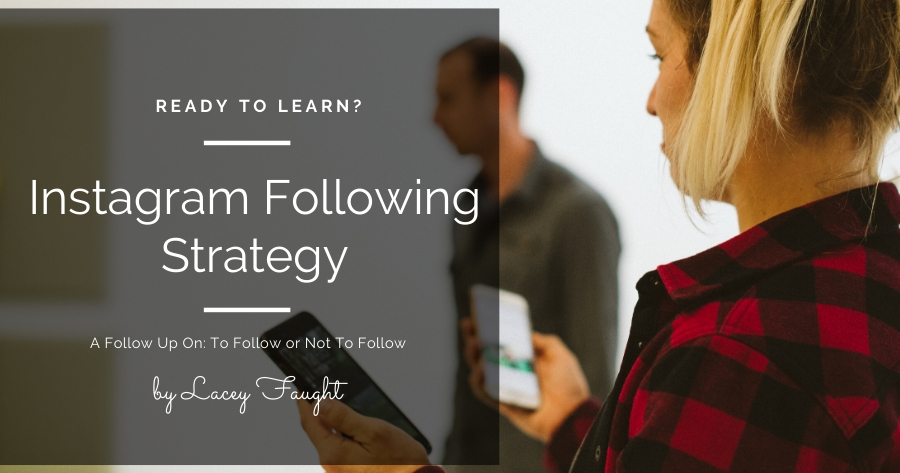 Two months ago I wrote a blog post about Instagram following strategies and how they affect your follower growth rate.

In summary, I found a 41% higher follower growth rate when I followed accounts I wanted to follow me.

Ultimately, though, I decided the increase in follower growth rate isn’t worth the risk of mindlessly following accounts I want to follow me – because they likely won’t fall perfectly in line with my brand values.

For the last two months, I’ve continued the practice of liking, and leaving substantial comments on posts from people who I’d like to follow me, but not following them just to get them to follow me back.

Here’s the aggregate data from the extended experiment:

On the original experiment published on October 8th, I noted a 41% decrease in follower growth rate when I changed my following behavior patterns. After two more months, 3 months total of data, the growth rate has averaged out to a 33% decrease.

If you’re still following other accounts to get them to follow you back, ask yourself this question:

Is a 33% higher follower growth rate worth compromising your values?

For me, the answer is no. I want to safeguard the long-term health of every brand I work with, so I will continue to teach the practice of liking and leaving substantial comments on accounts I want to follow me, but not FOLLOWING them.

Following others just to get them to follow me back is inauthentic, and inauthenticity is the entrance to the graveyard of modern brands… in my opinion and experience.

So take the extra time to be human and actually find interest in a person’s content if you want them to follow you. Don’t play the game of following to get followers. You don’t like it when people do it to you, so don’t do it to others.

If you liked this and want to continue the conversation, consider joining SprySpace – the Facebook group where social media managers go for education, support, and virtual giggling.