Can You Boost Your Engagement Rate By Simply Not Posting?! 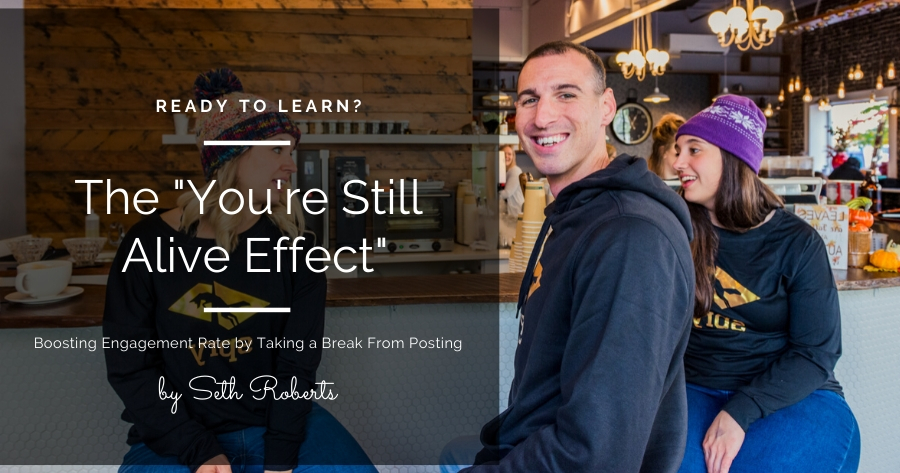 This is an experiment to determine whether engagement can be boosted by taking a break from posting. The experiment was conducted on a Facebook page using a total of 16 posts and a 2-month break in between the series of 8 posts. The findings were that there is a spike in the engagement rate following the break in posting.

During a conversation with Lacey Faught (Spry CEO), it was mentioned that a client reported experiencing an increase in engagement on posts following an extended absence of posting. Upon hearing this, I was intrigued. When I heard a second, unrelated client, make the same claim, I was hooked! That was it!! It was time to run an experiment.

My hypothesis is this: if you stop posting on a page for a short period of time (1 to 2 months) and then resume posting again, you will see a spike in the interaction with your posts at first but will, over time, return to the pre-posting-break engagement numbers.

To perform this experiment, I used a Facebook page I manage, @WorshipBySeth. I quit posting on it for 2 months… and then resumed posting. The last 8 posts from before the break and the first 8 posts from after the break were then used for the data on the experiment.

When I first started posting on this page after the posting pause, I did see a spike in the clicks, interactions, and engagement rate. Because of this, we can say that the hypothesis has been proven; however, at this point, only half is proven. The number following the break did not fully return to the pre-break averages. I am not yet convinced that this disproved the hypothesis that the numbers would return to pre-break normal; it simply makes me think that more studies need to be done on the subject to see if the results I encountered can be replicated.

I am convinced that the serge of engagement following the absence of posting is due to what I am going to call the “You’re Still Alive Effect”.  I believe that when people see a post from a page that they have not heard from in a while, it is like seeing a friend that has just returned from a trip. You may not hug this friend on every occasion or every time you meet. When, however, this friend returns to your life after an extended absence, you feel compelled to hug them. Why? Because your subconscious is excited that they are still alive.

Lastly, as for the numbers not returning to their previous state, my best guess is: because of the “You’re Still Alive Effect”, people are more prone to share the posts. I discovered that I picked up several new followers as a result of the spike in engagement (AKA people hitting that share button). This is, however, just a guess. Only time will tell how things will level back out, in the future.